Once upon a time, I was slim. How slim? Well, this slim. 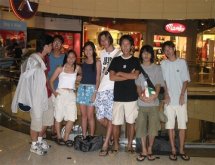 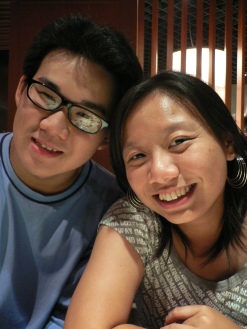 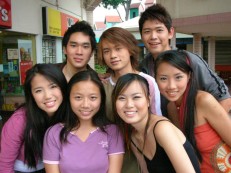 2006: At a time when I dared to wear sleeveless tops without a cardi!

2007: Don’t think I could have gotten away with wearing this hat without getting funny stares except at Disneyland

2009: Top shot always work but I was still so much slimmer then!

And in more recent years, I really put on the pounds! Prepare yourself. It’s shocking!

2011: Another example of my love for stripes

2012: Bright colours meant I look even bigger than I already was. 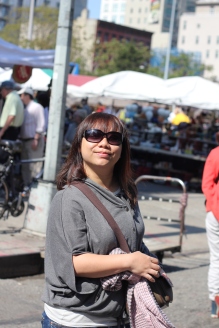 2012: The jacket helped hide my big stomach but not much cos I really was quite fat 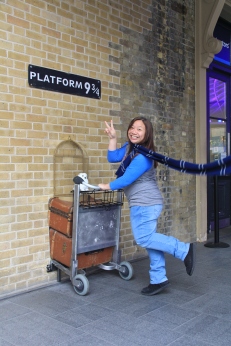 2014: Heading to Hogsworth wishing I could magically make my fats disappear.

Uh-huh… In just a few years, I really ballooned. But what does this have anything to do with songs that inspire me?

Well, as you know, I’m getting hitched next year. And I’ve been attempting to be more active and to eat well. Now, now, getting married isn’t the only reason why I recently started living a healthier lifestyle.

Even before we talked about marriage, my boyfriend had highlighted to me that I should take care of my health for myself, the people I love, and the people who love me. And since then I’ve been trying to treat my body better.

But it has been challenging. For a foodie like me, eating clean, or rather as clean as I possibly can, has been an uphill battle. Just a few months ago, just going to the gym once was a chore. Now, I’m happy to report that I’ve worked up to a total of 5 exercise days – 3 weight training days and 2 cardio days. Without needing to be forced by other people.

It doesn’t help that I’m rather impatient and quite hard on myself when I don’t see immediate results. But my awesome trainer has been very patient with me and constantly helps to keep me positive about my attempt at weight loss and road to a healthier lifestyle.

One of the things he’s asked me to do is to take stock of how far I’ve come since starting on this journey to a slimmer and healthier me by doing before and after shots.

While I’m not there yet, the important thing is that I am trying my best to get there. What motivates and inspires me to do better for the sake of my health and well being? That photo taken in 2004 is currently the wallpaper on my iPhone AND I listen to upbeat songs that inspire me to do better and keep going.

Here are the 10 songs, in alphabetical order:

The beat of the song gets me going and whenever this song comes on, I find myself walking faster and I feel as if I could “move (my) feet until (I) levitate”

This has become my fight song. As I fight the accumulation of fats in my body quite literally. But besides that, on a emotional and mental level, I resonate with the lyrics of the song.

And listening to this song, it feels like even though “I might only have one match, but I can make an explosion”

The tune of this song lifts my spirits and gets me to push myself harder in the gym. While there’s a disconnect with the lyrics and my list, there is a part of the lyrics that spurs me on.

I am quite a stubborn person. If there’s something I don’t want to do, I will most likely not do it. I have to want it. So only when I was ready to start living a better and healthier life did I manage to kick start my gym routine.

I was my greatest enemy. The enemy inside me was holding me back. And this song kinda reminds me that I shouldn’t compare with other people’s weight loss success. I need to go at my own pace and do what works for me. My only enemy is myself.

#4: Hall Of Fame by The Script

I’ve blogged about this song before. About how the lyrics combined with the catchy and inspirational tune really lifts my spirits up. It gives me strength and motives me because it makes me feel like I can achieve anything, as long as I set my mind to do it. And right now, the goal I’ve set my mind to doing is losing weight and living a more healthy lifestyle.

The grand tune of this song gets me on an emotional high. And the words “now I am invincible” really makes me feel like I am, invincible.

While I was studying in the Gold Coast, one of the shows I loved watching on TV was The Biggest Loser. And in that season of The Biggest Loser, Shannon Noll’s song Lift was the theme song of the series. So now whenever I hear this song, I remember and tell myself that if other people can do it, so can I. And of course, just check out the lyrics. It’s such a spur you on kind of song!

I gotta lift! Lift my spirits. And I gotta lift, lift those huge a** weights!

#7: Light Up The World by Glee Cast

The beat. How can you not move to that beat!? Listening to this makes me feel that I can pedal fast enough to light up the world.

Let’s light up the world tonigh-igh-ight
You gotta give up the bark and bi-I-ite
I know that we got the love, alrigh-igh-ight
Come on and ligh-ligh-light it up
Light it up tonight

If you don’t understand Mandarin, check out this link with the translation of this song: http://bananaxmushroom.blogspot.sg/2010/03/she-shero-shero-lyrics.html

The title of the song is a play on words. The band that sings this song is S.H.E and consists of 3 female singers. The title SHERO combines the group’s name and the word ‘hero’. This is, after all, a song about women taking charge of their own lives and becoming your own (s)hero.

The chorus is the part that inspires me the most:

我对我说 当最后只剩下我 谁是我英雄?
I tell myself when I am the only one left, who will be my hero?

你可以 我可以 为自己赴汤蹈火 的SHERO
You can be, I can be, the one who will pass through hell and high waters for oneself SHERO

#9: Superheroes by The Script

When you’ve been fighting for it all your life
You’ve been struggling to make things right
That’s how a superhero learns to fly
Every day, every hour, turn the pain into power

When I first heard this song and watched the music video, I teared a little. It really got to me. And it reminds me of how lucky I am. My first world problems like losing weight et cetera is nothing compared to what some people around the world have to face on a daily basis. It inspires me to be a better person. To complain less, and to remember that every day and every hour, I can “turn the pain into power”.

If anybody asks you who I am
Just stand up tall, look ’em in the face and say

I can be anything I want to be. You can too.

These songs inspired me and continues to motivate me every step of the way towards a slimmer and healthier me. I hope there’s a song in this list that will resonate with you and inspire you as well.

What do you think?

What are the songs that inspire you and motive you? Share it with me please.

8 responses to “Slimming Down And Keeping Fit: 10 Songs That Inspire Me”