There’s a great big world out there waiting to be explored. And even if someone has visited every country in the world, they would not have seen every inch of Earth. Everything is put in perspective when you look down on Earth from a helicopter, an airplane, a hot air balloon, or while sky diving.

But from time to time, you don’t need to be high up in the sky to realise the vastness of our wonderful planet. One such moment happened for me in 2011.

It was during my week in Barcelona. I wanted to visit Montserrat, a multi-peaked mountain located near the city of Barcelona, in Catalonia, Spain. Part of the Catalan Pre-Coastal Range, it is also the site of the Benedictine abbey, Santa Maria de Montserrat. After discussing if we should book a night’s stay at the abbey or just go for a day tour. We decided that we couldn’t afford the time and stay a night on the mountain. So I booked a one day Viator tour to Montserrat.

Time was limited. But, we made sure we could at least complete one of the shorter hiking trails before going back down to catch the tour bus and move on to our next destination – Stiges. While on the hiking trial, I took tons of photographs trying to capture as much as possible in the short time we had.

And what I saw through my camera lens shocked me. 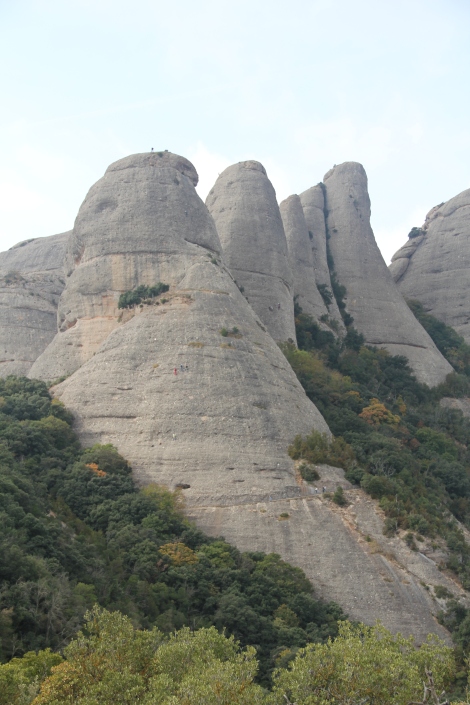 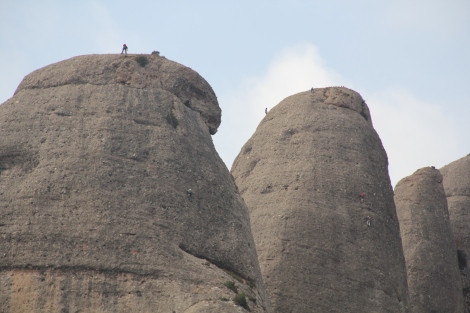 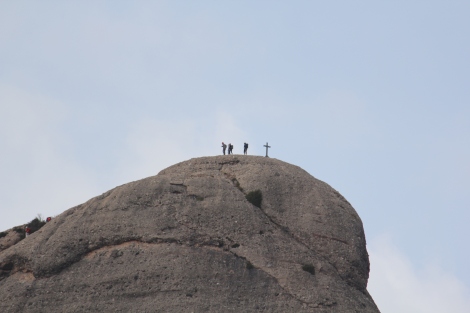 Let’s zoom in a little closer… 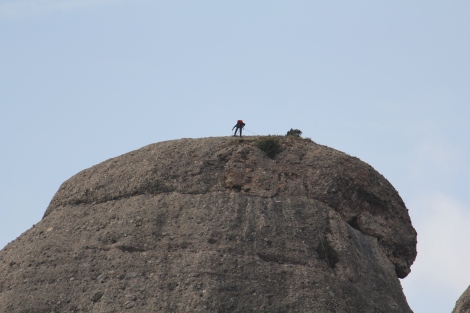 And closer…. Wow! He looks like a tiny ant crawling up a huge walk of rock! 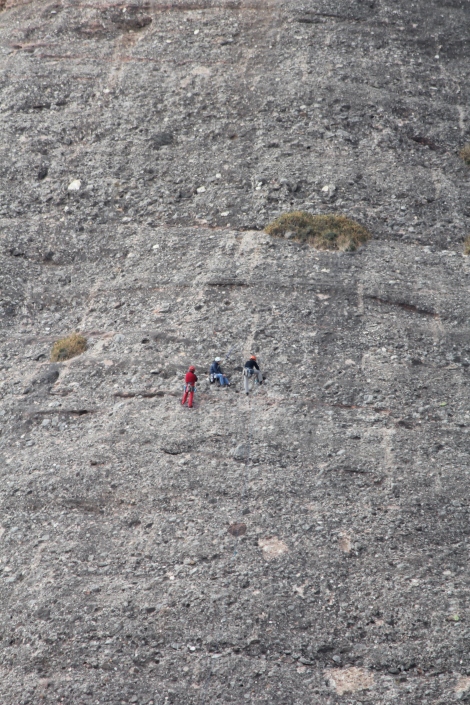 I am so grateful that I lugged my Canon EF 28-200mm lens all the way up this mountain despite its size and weight. If I didn’t, there was no way I could have captured these climbers from where I was. 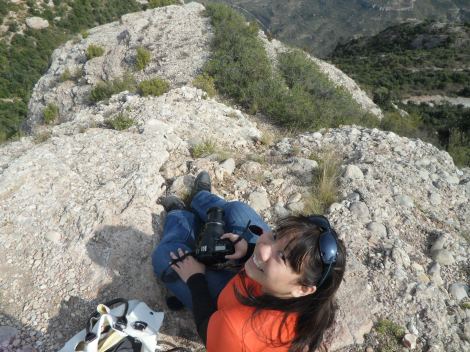 Yup. I was sitting across those climbers trying to hold my camera steady and not freak out about how close to the edge I was.

I didn’t realise that Montserrat was also known for The Cavall Bernat, an important rock feature popular with climbers. It was a pleasant surprise that reminded me of how small we are in comparison to our planet. One day I might dare to scale a rock formation that steep. But for now, I’m content to admire from afar as others do the scaling.

Montserrat will be looked at in detailed in a separate entry  in the My Week In Barcelona – December 2011 series so do look out for it.

In the meantime, check out the comic strip La Rambla Prisoners I created using photographs I took in Barcelona’s La Rambla.

What do you think?

Have you visited Montserrat before? Did you also have an epiphany like I did? Are you a climber? Have you attempted to climb The Cavall Bernat before?