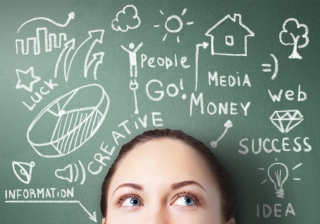 You only have one life, live it! Treasure the people around you and remember that every moment you have with them is a gift.

In the later half of 2012, because of the Korean drama Scent Of A Woman, I started thinking about creating a bucket list of my own. And the first thing I did was to google ‘bucket list’ and it lead me to Alice’s Bucket List. This site belonged to a girl who had terminal cancer. The reason why I use the word ‘had’ is because she passed away on 12 January 2013. I had only just found out that she has met her maker today.

Although I didn’t know her at all, and I didn’t read many of her entries, I can’t help but get emotional about her death. Maybe it’s because my grandmother on both my father and mother’s side died of cancer and so did my great grandfather on my mother’s side. And while I cannot make EVERYONE have a bucket list (getting everyone to have a bucket list was one of the things on her bucket list), I can help by doing one of my own.
In my entry about the film A Walk To Remember, I did briefly mention a few things I would put on my bucket list. And truth be told, although there are some things I know I’d want to do before I die, I never actually wrote it down or put it in a list. Is it important to put it in a list? Well, I think it is. When I was an Assistant Producer, I would have a list of things to do for my various projects. The checklist made it easier for me to not only remember the things I needed to do, but also made me actively think about having to check them off my list and when I had to finish them by.
So! Here goes nothing.
Monica’s Bucket List
1) Win an Oscar or Emmy for my work
2) Visit the ruins of Atlantis
3) Live in space
4) Live in an underwater colony
5) Represent my country in the Olympics
6) Watch all the Cirque du Soleil shows – So far I’ve watched 3; O, KÀ, and Mystère.
7) Be a writer – Done!
8) Travel the world – Check out the list of places I want to go to
9) Live a full life with a man I love, respect, and can communicate well with
10) Play a role, no matter how big or small, in helping to find a cure for cancer – Done? I may not have the medical know-how, but I hope the money I regularly donate to the Singapore Cancer Society can help in some small way. You can donate too, click here to find out more.
11) Own a house with a library
12) Get a tattoo
13) Swim with the dolphins
14) Live in a new city for 2 to 3 years everyone once in a while – New York City is on the top of this list, Santorini is next.
15) Learn how to figure skate
16) Speak 5 languages fluently – Currently it’s just English and Mandarin (although my friends would insist that I don’t speak it fluently)
17) Handpick and train a Miss Singapore Universe delegate to successfully become the first Singaporean to win take home the Miss Universe crown
18) Watch a live Stanley Cup match
19) Learn how to fence
20) Be a show runner for a hit American television series
21) Write for a film magazine
22) Publish my own novel
23) Write a box office hit
24) To nurture the next generation of directors, screenwriters, and producers
25) Invent something that benefits others
26) To be a world famous photographer
27) Fly first class (again!)
28) Be famous
29) Be a detective and solve a crime
30) To make an important discovery
31) Write a song
32) Learn how to play ice hockey

For now it’s just these 32 items on my bucket list. And I’ve only done 2 items on this list, but hopefully, one day, I’ll get everything done. Although, that might be quite tough, because I’m pretty sure this list will grow.
Now that I’ve finally written my bucket list, all that’s left is to start checking them off the list. Wish me luck!